Leopoldo Zunini, Royal Consol of Italy, travelled throughout Western Australia in the early 1900s and wrote his impressions of various districts.

September 22. The local agricultural show was held in Harvey today. Ranford, myself and the three delegates went there by train. Premier Moore had preceded us. On our arrival we found several vehicles waiting to take us to the Agricultural Hall that had been chosen as the site of the show. Even the smallest town or hamlet in Australia has its Town Hall if a municipality, or a Roads‑board Hall, or Agricultural Hall, if a locality. These venues are the meeting places for the community. There they discuss matters of public interest, hold meetings, agricultural displays, dances, functions and banquets. These edifices fulfil the role of city hall, theatre and sometimes even church. They are the settlers’ link with society, isolated as they are by great distances and the wildest solitude. We went into the exhibition hall where we were received with great courtesy and immediately several exhibitors offered to show us around and explain anything we wanted to know. 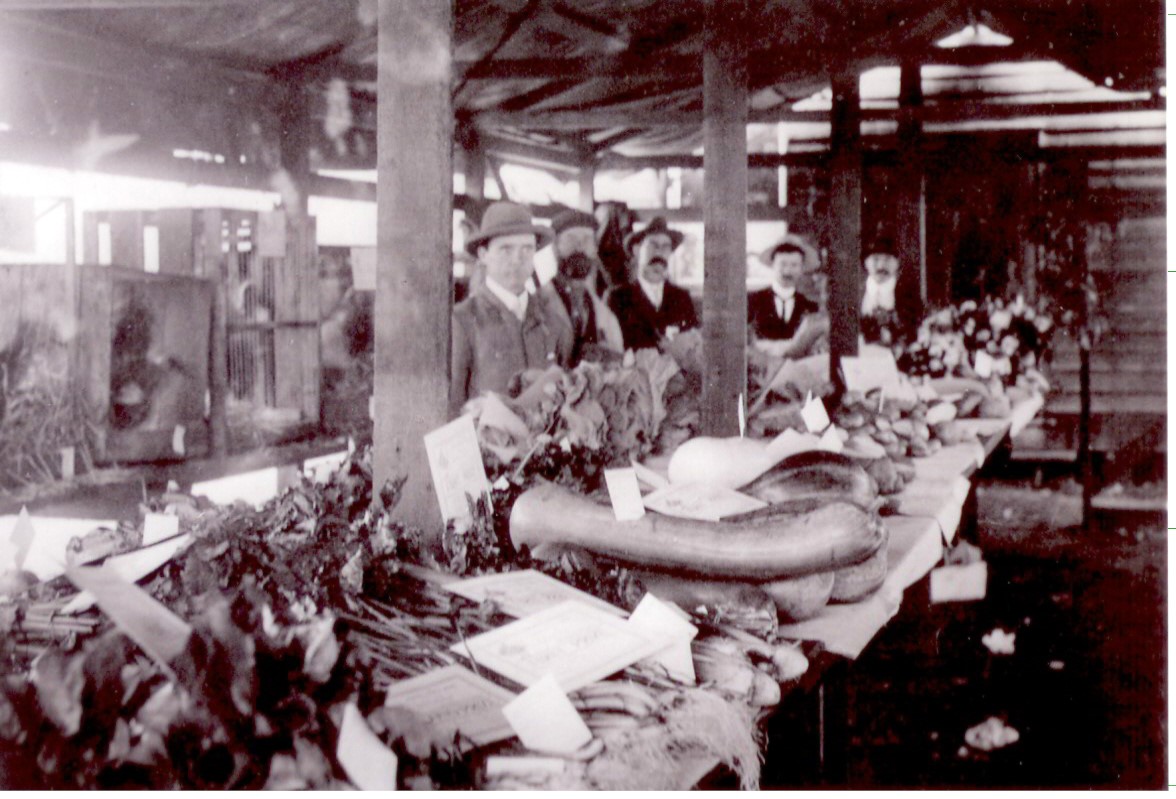 Harvey River, as I have said, is one of the most important centres with respect to the cultivation of oranges; not surprisingly, therefore, the golden fruit was one of the main exhibits. All the tables were covered with them, there were basketfuls everywhere and they were even hanging in bunches from the ceiling. I have never sampled oranges as delicious as those found in Western Australia anywhere else in the world. The area, which stretches for some 200 kilometres to the south and north of Perth, appears to be best suited for their cultivation. The variety known as ‘navel’ or Washington navel, imported from California, is the most delicious. These oranges were larger than the biggest oranges found in Palermo but the flavour of this local variety, which is faintly reminiscent of pineapple, is far more delicious. The navel has no seeds and a thin skin; its flesh, reddish yellow in colour, is very friable and can splatter all over the place. It takes its name from the protuberance on the underside which resembles the human navel. This swelling sometimes appears like a rudimentary second fruit growing out of the skin of the original. Until recently the navel variety was impossible to find in Italy where the only sort cultivated was that which is known in Australia as the Mediterranean. However, several trees were recently introduced into Sicily.

The Premier made his opening speech and kindly extended a welcome to us, inviting the local farmers to supply us with any information we needed. Actually there was no need for such a suggestion as they could hardly have been more courteous towards us. Naturally I had to act as interpreter for the delegates who did not understand a word of English. In the course of his remarks Mr Moore made reference to some interesting statistics in respect to the district: I recall that, among other things, he mentioned that there are about five thousand acres planted with orange trees whose nett yield, at times, amounts to £60 per acre.

At present, the cultivation of this fruit is, without doubt, most remunerative. Oranges sell at between 2s [shillings] and 5s per dozen. I myself bought some a while ago for 7d each (a penny is worth a little more than 10 centesimi). They were, however, magnificent fruit and at the end of their season. But in any event the profit deriving to the farmer is quite considerable. On the way back to Perth I had occasion to discuss this subject with Dr Horrocks[1] and Mr Howen, a lawyer, both of whom, while professional men, have found it profitable to invest part of their time and money in agriculture. They confirmed that orange groves were profitable and that, even if the price of the merchandise were to drop considerably, to say 3d a dozen, it would still be worth while. The ‘even if’ says it all.

However, the prices referred to above are not those received by the producer. They are retail prices and the difference between the two is considerable, even for the buyer. Unfortunately in Australia, this state of affairs holds true not only for oranges but for fruit in general, which is extremely expensive. This is the cause of much discontent among the populace. Australians, who in this semi tropical country have retained the almost exclusively meat-based diet of their homeland, must, necessarily, consume a good deal of fruit if they are to offset the bad effects of an overly rich diet. Fruit, therefore, is an item of primary importance. Thus it follows that outrage over the middle men who have been accused of creating ‘rings’ or ‘trusts’ and other odious means of keeping the prices high, such as the mass destruction of consignments of goods, is general. Radical changes to the system, such as the creation of municipal selling outlets, would be needed; but that runs against the spirit of total freedom which underpins British law. I do not know if any European countries would be so docile. In Italy, where sometimes the fruit is left to rot beneath the trees, some Australian prices may appear excessive if taken on a yearly average. As a matter of interest I can quote some of them: apples, between 4d and 10d per pound (a pound is about 450 grams); pears between 6d and 10d; plums 6d; peaches from 4d to 8d; walnuts Is a pound; strawberries in punnets (25‑30 per punnet) for between 1s and 1s 6d per punnet. The only fruit that actually starts off at a reasonable price is grapes which sell for between 2d and 4d per pound. We stayed in the exhibition hall for about two hours, as it was raining torrentially outside. We saw several varieties of vegetables and forage (particularly lucerne and rape which grow very well in the district).

In a nearby hall there was a poultry show. They are still very much behind the times in raising these useful birds for the table. The chickens and hens eaten here are usually too thin. Suffice to say that they know absolutely nothing about castrating these birds, with the result that the delicious capon never appears on Australian tables. On the contrary, all the experiments focus on obtaining a large number of eggs and in ensuring the fowl’s high pedigree. Nobody here wants to keep animals of uncertain pedigree. (Australians, like all Britishers, have a passion for breeding domestic animals and strive to achieve the greatest degree of purity in every species. Almost every day in one city or another they hold exhibitions where the champions of every kind of animal, from the noblest to the lowest order, are shown for the admiration of the public. As one might suppose, the more profitable species receive more attention and special treatment.)

We admired some splendid white and black leghorns (livornesi) ‑ I have been unable to learn why they are so named ‑ not a particularly robust breed but excellent egg producers; some enormous orpingtons, somewhat similar to our padovane; and some brown and white spotted wyandottes. There were also some splendid examples of geese and turkeys.

Meanwhile, the rain had stopped momentarily and the Premier invited us to accompany him on a visit to some orange groves. From our carriage we could see a magnificent stretch of country covered with dark foliaged trees and golden fruit. Where there were no trees, we saw paddocks planted with forage (lucerne, clover and rape) stretching away into the distance; the grass everywhere was tall and vigorous. The soil, as they say here, was ‘chocolate,’ that is, more or less dark brown. In some places it was almost black and lightly mixed with sand which makes it extremely friable.

We visited the highly cultivated and well-tended orchard owned by Mr Smith. He welcomed us cordially and loaded us up with some exquisite oranges. I asked him how much land in the district was worth. He told me that, if the trees were already mature (six or seven years old) and therefore fully bearing, it would be impossible to buy land for less than £160 an acre, a not excessive price considering the return one would receive. We noticed some extraordinarily vigorous trees; it was as if the bark did not have the strength to hold back the sap. In some places the bark was swollen and sometimes cracked, the phenomenon being particularly noticeable in the case of apple trees. The fertility was also phenomenal. Mr Ranford cited a particular orange tree which in one season produced 3300 oranges.

It began to rain heavily again and we were forced to spend more than an hour under the verandah waiting for the weather to clear. By the time the sun reappeared it was too late to visit other properties; and so, sinking down to mid-calf in the mud, we set off across the paddocks to find the vehicles which took us to the railway station in a few minutes.