Wine appreciation might now be the trendy adjunct to a four-wheel drive and a mobile phone, but winemaking was underway in the South West long before boutique wineries popped up in the region.

Ask a person of Italian descent about winemaking and they will nod in bemusement as a smile crosses their lips. Red wine, strong coffee and rich cheeses are as much a part of Italian cuisine as the Vatican and fettuccine. Wine is the centrepiece of a cuisine reaching back for centuries.

In the Benger area, they were making wine way back in the 1920s and 30s, using traditional methods handed down from generation to generation.

Last week, former resident Maria De Marte took a nostalgic trip back to a Benger property and the childhood memories of her uncle making wine on an annual basis. The old shed, built in stone gathered from the property, still stands marking the place for the Festival of the Grapes held in March each year by the local Italian community.

Mrs De Marte said family and friends would gather ‘one fine day in March’ at the shed called the Cantina. From here they would go into the vineyard and gather fresh grapes, bringing them back in metal baths and basins. Then the crop would be piled into vats with mesh on the bottom and the young men would crush the grapes with their feet until the rich, red wine ran down tubes to wooden barrels.

Now, where the barrels were once kept, is a horse stable. But apart from that, little has changed inside the old ‘Cantina’.

‘It’s gorgeous to see it. They haven’t changed it inside one bit,’ Mrs De Marte said.

Once crushed, the wine was stored in barrels of different sizes where it fermented and remained until sold by the glass flagon.

‘The quality of the wine depended on the season and the amount of rain,’ Mrs De Marte said.

After sharing lunch, out come the mandolins, guitars and piano accordion and the festivities continued with dancing, singing, and of course, the tarantella.

In the 1920s and 30s, the Italians had small holdings along nearby Partridge Road, once known as Mornington, and it was there they built their little houses.

‘Everybody called it Little Italy because of the number of Italians living along the road’, Mrs De Marte said.

In the summer, the men would take nuts, fruits, sausage and cheese and drink the red wine and talk at the Cantina.

Then, it was a meeting place – but now the vines are gone and the music silenced except for wind and the bleating of the sheep in the nearby paddock. 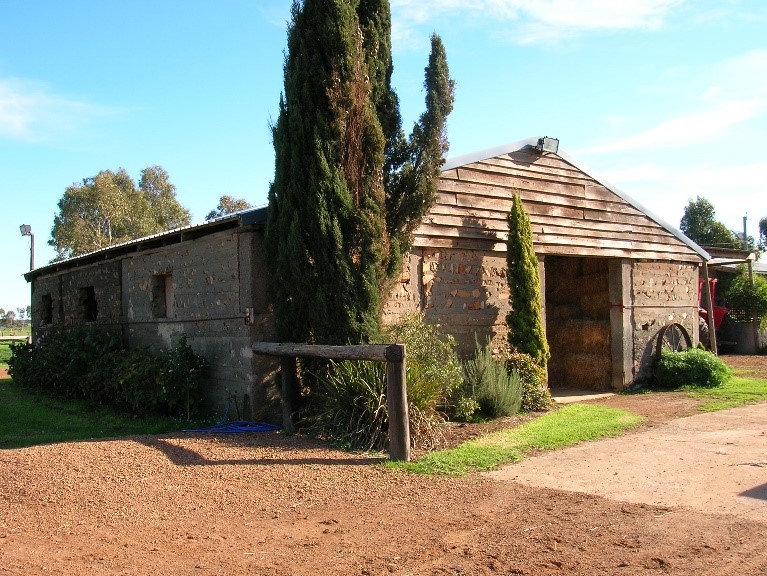