In 1882 a petition signed by all the families in the Harvey River Settlement was presented to the Governor asking for a Post Office to be established near the Harvey River Bridge on the Perth-Bunbury Road.[1] In the following year, a Post Office was opened and mail was delivered by horse and coach to Mrs Adam’s house on Main Road, now known as the South Western Highway. The slab cottage with a shingle roof and a stone chimney was located on the north east corner of South Western Highway and Weir Road. The Post Office operated there until it was damaged by fire in 1893. 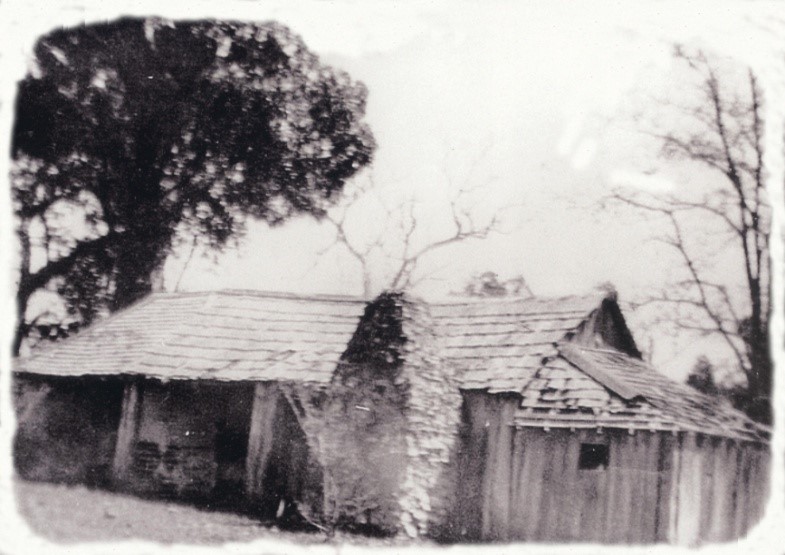 After the railway was officially opened in 1893, the mail bags came by train. The Posts and Telegraphs Department appointed John Knowles, to collect and sort the mail at his home, ‘Fairlawn’ and then at his shop on Uduc Road.

‘Fairlawn’ was located behind the service station on South Western Highway on the southern side of Uduc Road. Later ‘Fairlawn’ was called ‘Meriden’ when it was the home of the Palmer family. 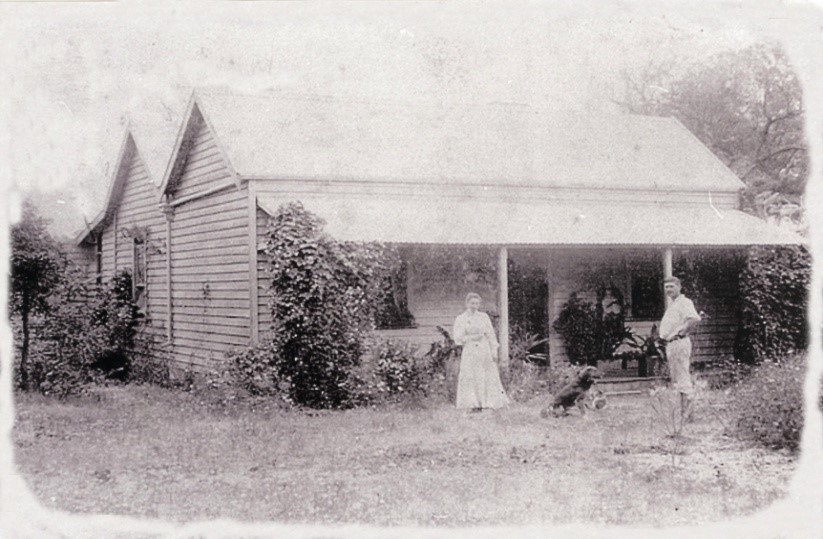 The Knowles’ home known as ‘Fairlawn’.

Mr Knowles built the first shop in Harvey on the corner of Uduc Road and Hackett Street where William Barrett & Son stands today. He was recorded as Storekeeper/ Postmaster up until 1897, when his daughter Miss Theodora Knowles was appointed Postmistress and Telegraph Operator. 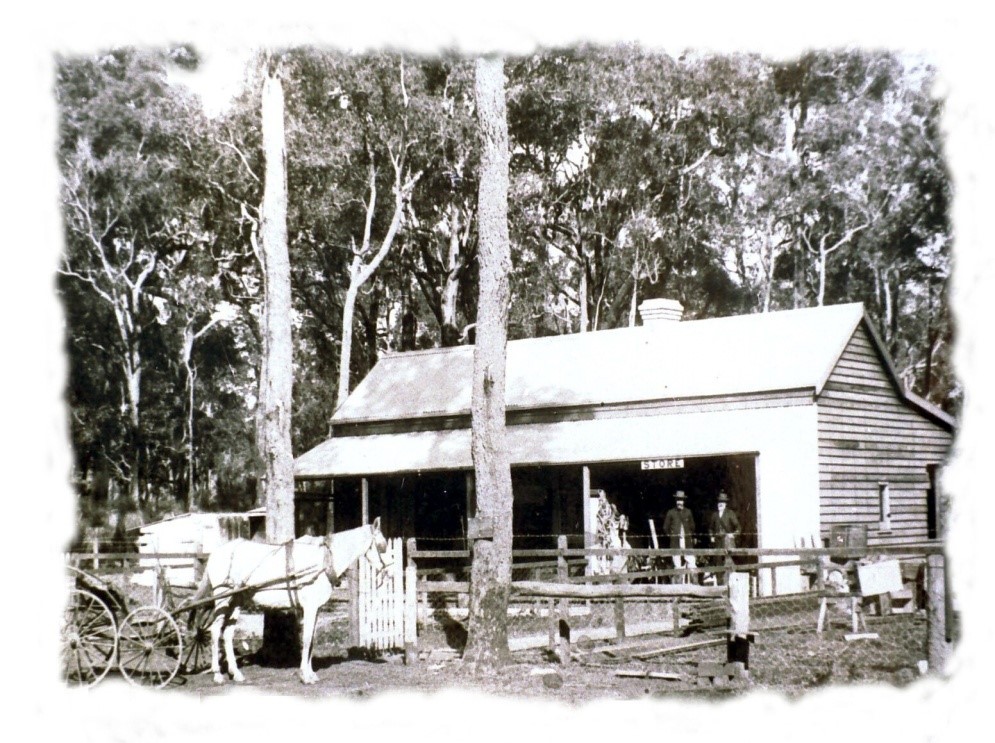 The first shop in Harvey built by Mr Knowles.

The first Post Office built by the State Government was opened by Mr E Woodrow, the Bunbury Postmaster. Built alongside the railway, it was seen as a great benefit to the town.

Our new post and telegraph office, which has been in course of erection since June last, has been opened. The first telegrams dispatched from the Harvey were complimentary ones to The Hon. Sir John Forrest and the Postmaster-General. A telegraph station has been long wanted in the district, and I am sure we all will feel the benefit of it. It is built right alongside the railway station, so will be very handy for any passenger travelling by train. Miss Knowles has been appointed our post mistress and telegraph operator.[2] 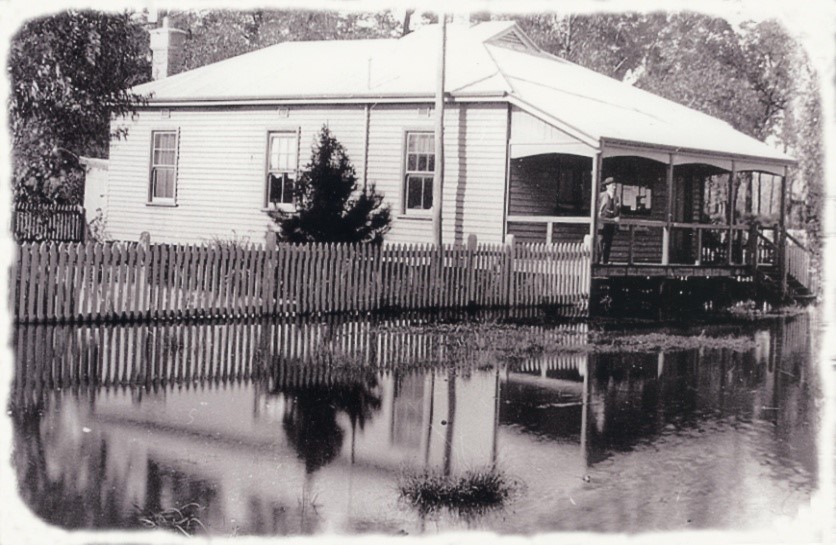 The 1897 Post Office served the Harvey community until 1923, when its replacement was declared open. The new building stood in Harper Street, while the earlier weatherboard building was dismantled and re-erected as a residence in Brunswick.

The building, which is now the SES Headquarters on Harper Street, was the Post Office from 1923 to 1957. The building also housed the telephone exchange and employed telephonists. 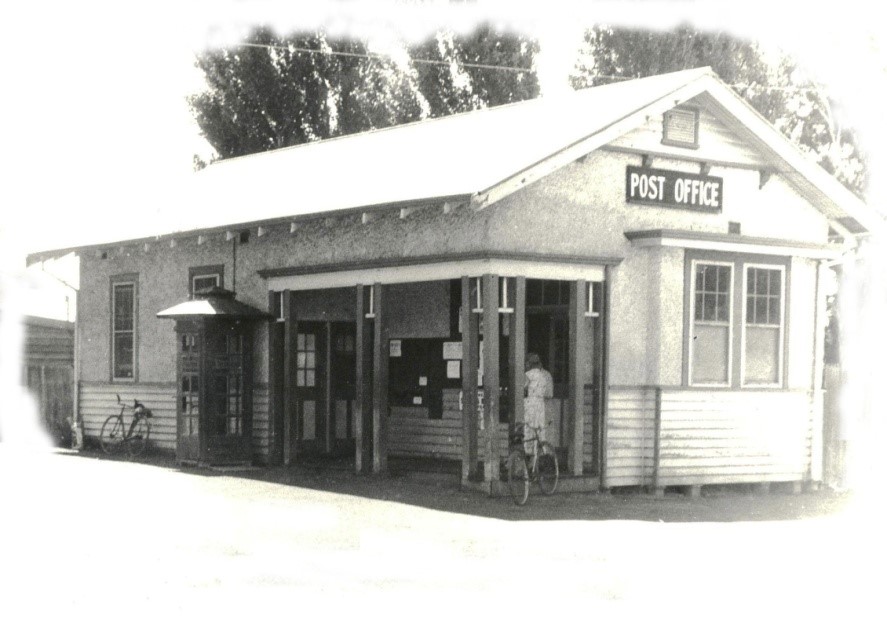 In 1957 a much larger Post Office building was opened at the corner of Hayward and Gibbs Streets, with the telephone exchange being conducted in the upstairs section of the building. This continued up until the 1970s, when the telephone system was switched to dial-up. Being larger than required, the building was vacated in 1996 and later sold. Post Office operations were moved to more modest rented premises, in the IGA Store on the north side of Uduc Road. 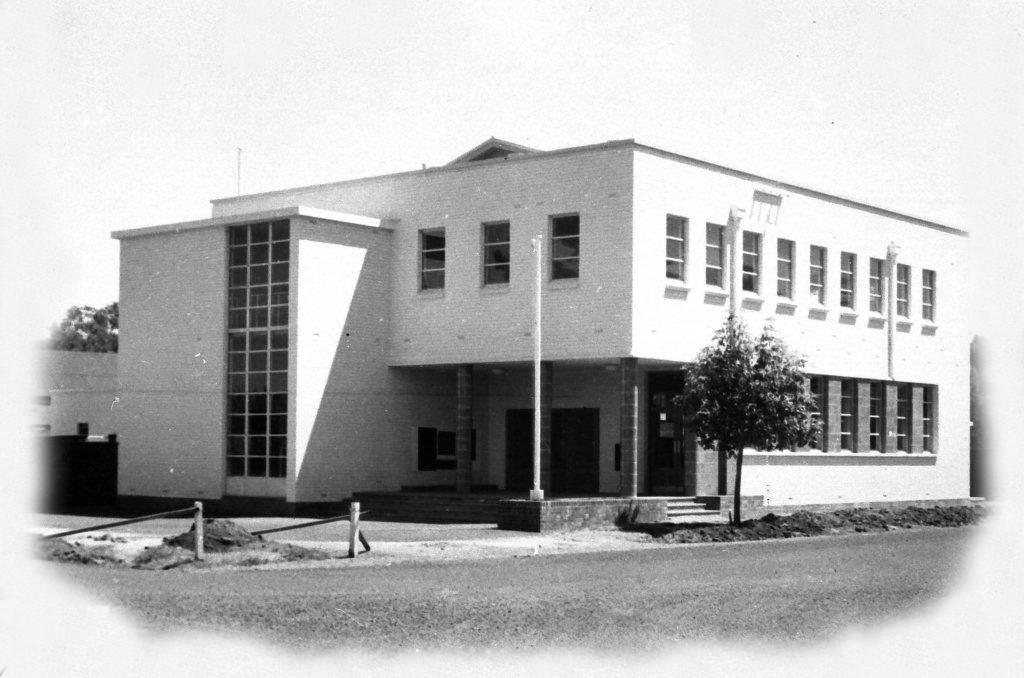 The Post Office, cnr of Hayward and Gibbs Streets operated between 1957 and 1996. 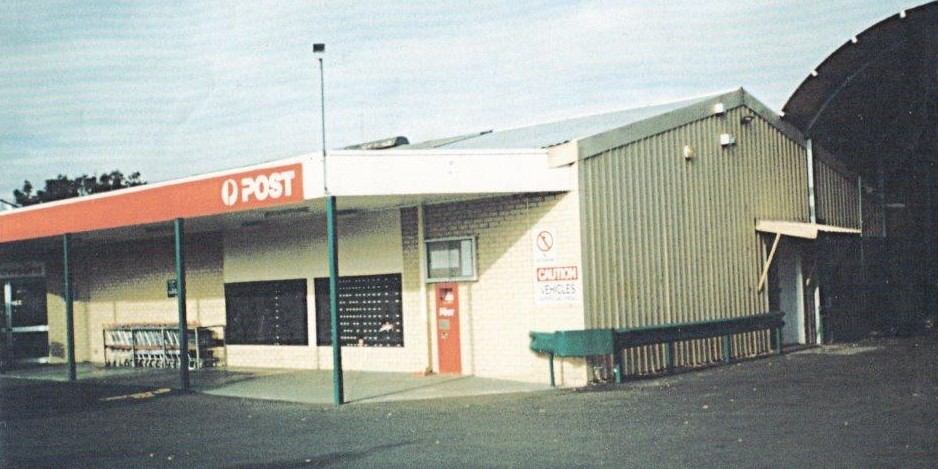 The Post Office rented space within the Supa IGA store between 1996 and 2003.

Since 2003 the Post Office has operated in the former lawyers’ offices of Ball & Co. at 99 Uduc Road. 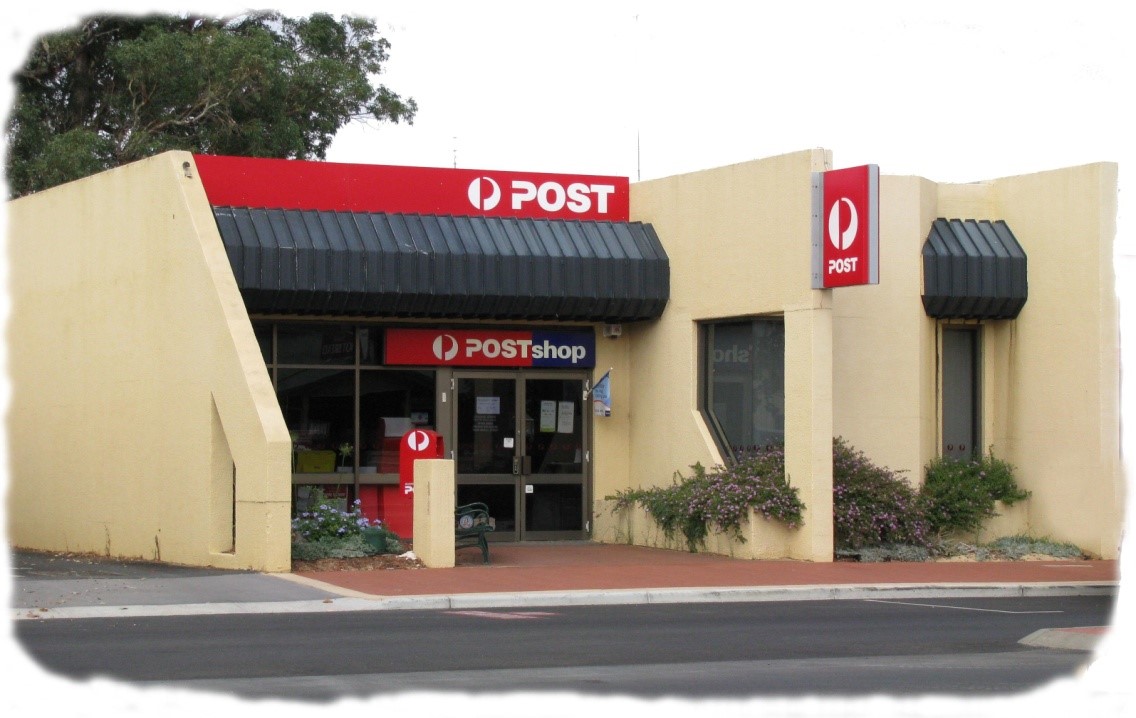 A few temporary Postmasters followed, then from October 2003 Carol Gale has been the Postal Manager.[4]