FUNERAL OF DOCTOR CARPENTER, AT AUSTRALIND. The great esteem in which the late Dr. Carpenter was held by all the officers, settlers, and inhabitants of Australind, and of the surrounding district, and the circumstance of his death being the first which had occurred among the whole body of persons who came out in the Island Queen and Parkfield, or have since been residents in the new settlement, combined to render his funeral an occurrence of the deepest and most melancholy interest. Indeed the death of Dr. Carpenter was considered an irreparable loss to the colony at large, and everyone who knew him felt as if he had lost a brother. All were therefore anxious to show their respect for his memory by paying every possible attention to his remains when the last sad offices were to be performed, for which Sunday morning, the 13th inst., had been appointed.

Dr. Carpenter having died at Belvidere, on Mr. Prinsep’s grant, on the opposite side of Leschenault Inlet, whither he had been removed in hope of benefiting by the kind attentions of Mr. and Mrs. Little, and Mr. Onslow, the Chief Commissioner proceeded there at 8 o’clock in the morning, in his boat, attended in it by the principal officers of the settlement, for the purpose of conveying, himself, the remains of his friend to Australind, preparatory to their being carried to Claremont, the spot appropriated as the cemetery for the intended town. The Chief Commissioner’s boat was accompanied by four others, rowed by and conveying the officers, settlers, and workmen, all anxious to participate in the general manifestation of respect to the departed.

On arriving at Belvidere, the corpse, which was enclosed in a plain coffin made of native mahogany, and covered with a handsome pall, was placed in the Chief Commissioner’s boat, which was rowed by the principal officers, and also towed by Mr. Pearce Clifton’s and J. Miller’s boats, having Mr. Greensell’s boat (rowed by the other officers) on one side, and Mr. Plowes’s boat on the other. In this order the procession reached the landing-place at Australind, when the coffin was placed on tressels. Soon after the procession moved in the following order: —

Chief Mourners: The Chief Commissioner and his Secretary.

Officers of the Establishment, two and two.

Artificers of Establishment, two and two.

Other Inhabitants of Australind, two and two.

Gentlemen of the neighbouring district.

The body was borne on the shoulders of six men in the Company’s employ to the end of the village, where it was placed on a truck fitted up for the occasion, and drawn by a horse to the burial-ground, at the commencement of which it was again placed on the shoulders of the bearers and conveyed to the grave. The funeral service was read in a feeling and impressive manner by the Rev. Mr. Wollaston, and the remains deposited in their long home amidst the sighs and tears of the numbers which surrounded them. It is scarcely possible to describe the solemnity of this scene amidst the solitude of the bush, the effect of which was perhaps increased by the circumstance of the vegetation on the beautiful hill upon which the cemetery is placed having been recently burnt up by a devastating native fire, which threw an additional air of gloom and desolation around.

The grave having been filled up, the whole party returned to the settlement, where divine service was performed by Mr. Wollaston, before a congregation consisting of the assembled family of the Chief Commissioner, the officers, settlers, and inhabitants of Australind. The Rev. Gentleman read the Psalms from the burial service instead of the Magnificat and Nunc Dimittis; and the 15th chapter of 1 Thessalonians instead of the second lesson of the day: and subsequently preached a most beautiful and appropriate sermon, taking for his text the words ‘The maid is not dead, but sleepeth.’

We need not add, that the deep feeling manifested by all present showed the estimation in which their departed friend was held, and was a striking proof of that harmony and unanimity of feeling which have uninterruptedly existed in the settlement of Australind ever, since its formation by the Chief Commissioner. 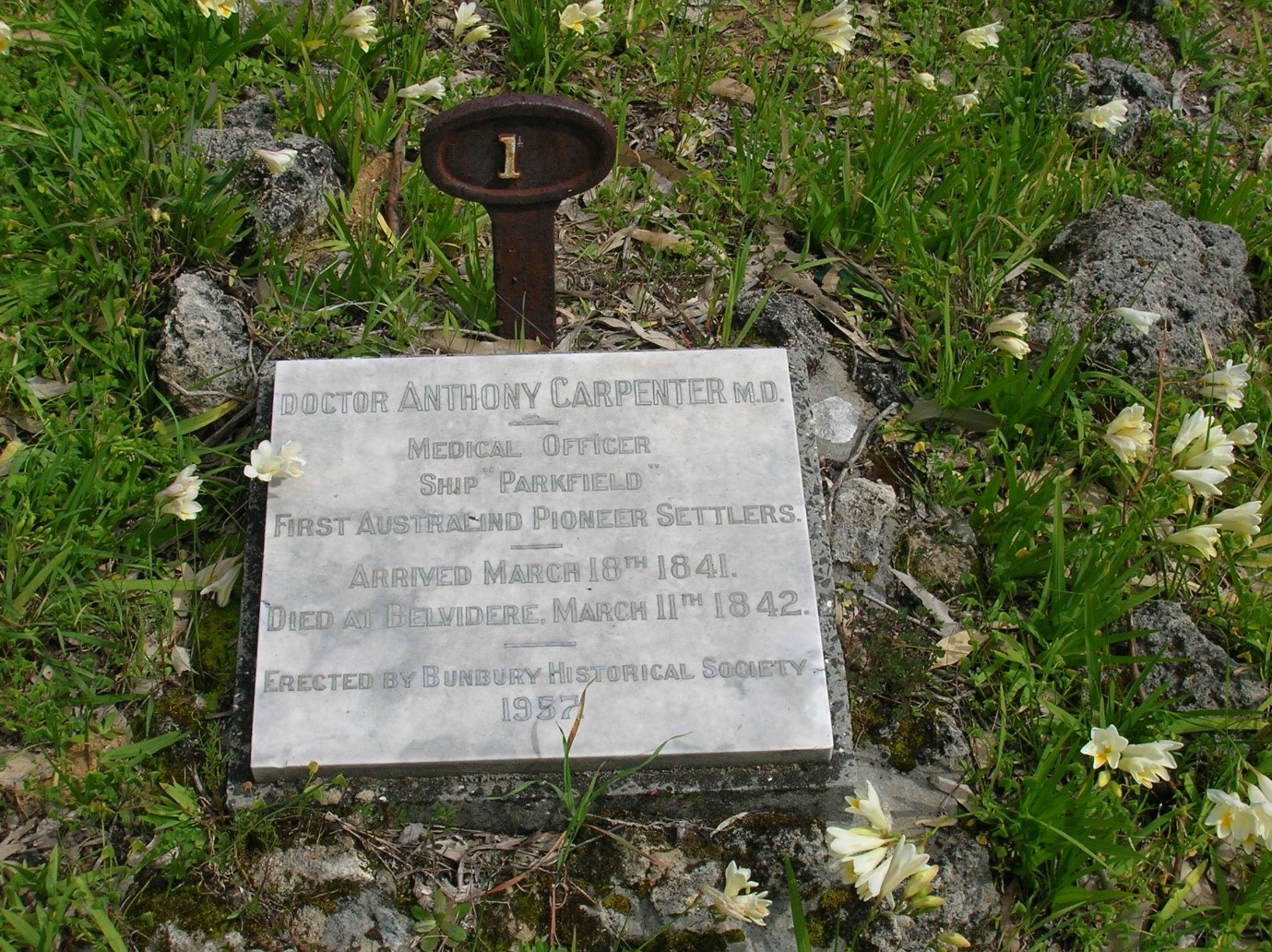