Mr. W. Fowles first came to Yarloop from Tasmania in approximately 1896. He was a platelayer by trade and was associated with the construction of the timber line from Yarloop to Nanga Brook. It was after an accident on the line that he took up the position of timber yard foreman in Yarloop. In this capacity he served Millars’ T. and T. Co. until he retired several years ago.

Throughout his years in the district the late Mr. Fowles won fame as a bootmaker. In this particular trade he was undoubtedly an artist. He also took an active interest in farming and racing trotters. In the past few years the late gentleman suffered indifferent health and was on many occasions an inmate of the district hospital. He was 81 years of age.

A large crowd, including sons and daughters, was present at the graveside to pay their last respects, and many beautiful floral tributes were laid upon the grave. 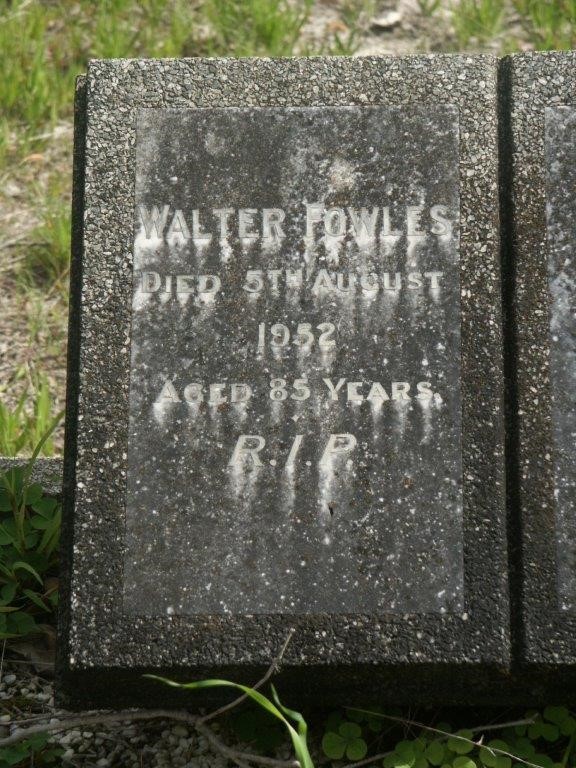