By the time of the 1851 census, James Farrant, head, aged 56 (?), was living with his son George (24), his daughter Sarah (30), and grand-children David (12) and Susan (6). All were born in the Haverhill Hamlet, Essex. At this time James’s other son Samuel Farrant, a farm labourer, by then aged 20, was a prisoner in Leeds Borough Gaol and House of Correction, in the township of Armley in West Yorkshire.[2]

Samuel Farrant, aged 20, had been found guilty at the Essex Summer Assizes at Chelmsford on 15 July 1850 of setting fire to the wheat stack of Mr John Scotcher, tenant farmer of Haverhill in Suffolk, on land owned by Sir George Howland Beaumont.[3] The fire spread to Scotcher’s farm buildings and premises. Samuel, who was drunk at the time of the crime, later confessed to his brother John and several acquaintances that he had committed the crime. He could give no reason for it, admitting that Mr Scotcher had been a good employer when Farrant was in his employ. Arson was viewed as a serious crime against society, so Samuel was sentenced to transportation for life.[4]

In September 1850 Farrant was one of a group of prisoners removed from the County Gaol in Springfield to the Borough Gaol in Armley, Leeds, there to remain for 18 months in separate confinement, and thence to be transported.[5]

He arrived at Fremantle Western Australia onboard the William Jardine on 1 August 1852. He was described as a labourer, single, 5’ 6” tall, with dark brown hair, hazel eyes, a long face, dark complexion and of stout build, with no distinguishing marks.[6]

[Note: There is a discrepancy in some convict records regarding Samuel Farrant’s age, giving his birth as 1820 and his age on arrival in WA as 32 years.[7] His correct birth record is dated 1830, confirmed by the 1850 newspaper report of Samuel’s crime and the 1851 British census.]

In 1857 the British Government rescinded the law which obliged convicts to recompense the cost of their passage to Australia. Samuel Farrant was included on a list of those who would receive a refund of moneys paid.[8]

Samuel’s convict records are sparse, indicating that he took advantage of a fresh start and behaved quite well in his new country. He did however spend three months in Fremantle Gaol after being convicted by Resident Magistrate SW Viveash in the Guildford Police Court of having been drunk and overstaying his pass, at the same time being under suspicion of having committed an assault. This was his first conviction since the date of his discharge from his original sentence on Ticket of Leave on 16 January 1855.[9] He was discharged from prison on 10 March 1857.

By 2 February 1859 Samuel was in the employ of Marshall Waller Clifton of Australind who recorded in his journal that he had sent Samuel out in the cart with supplies to the Lake, bringing back some ewes the next day. From 5 February that year Farrant was sent out to Eastwell daily to work. He became a trusted employee, looking after the cattle and regularly bringing a few back to Australind for killing. On 21 February 1859 Clifton gave Farrant a holiday, allowing him ‘to take the linen down in the donkey cart’.

On one occasion Clifton reported that he was very angry with Farrant for staying away overnight after being permitted to spend a day in Bunbury. On 29 August 1860 Clifton again gave Farrant permission to go into Bunbury along with Samuel Dale [Convict No. 5538] to collect his Conditional Pardon.[10] The two men were in trouble when they did not return until late at night. Trouble occurred again at Christmas, when Farrant stayed away in Bunbury for three days, possibly spent in gaol.[11]

On 2 January 1861 Clifton agreed to allow Samuel Farrant to lease one of his properties, ‘Westover’[12], for four years on a nominal rent, on condition that he would grub out all the trees on the block, clear and fence it with a three-railed fence and build a two-roomed slab cottage, while Clifton was to retain the stockyard and a road 20 feet wide between the fence and the Estuary.[13] It seems that Clifton would have been the main beneficiary of this deal. A month later on 4 February Sam Farrant came in and asked to be discharged from Clifton’s employ, but requested that the lease on ‘Westover’ be extended to five years, agreeing to hand over an extra ton of potatoes in the last year.

This was the last record of Farrant’s involvement with Marshall Waller Clifton, who died shortly afterwards on 10 April 1861. It is not known whether Farrant was able to see out his five-year lease at ‘Westover’. It appears that Farrant remained for many years in the employ of the Cliftons at the property later known as Wokalup Hall. MW Clifton’s son Robert was his employer, followed by Robert’s son Marshall Waller Clifton, always known as ‘Waller Clifton’. 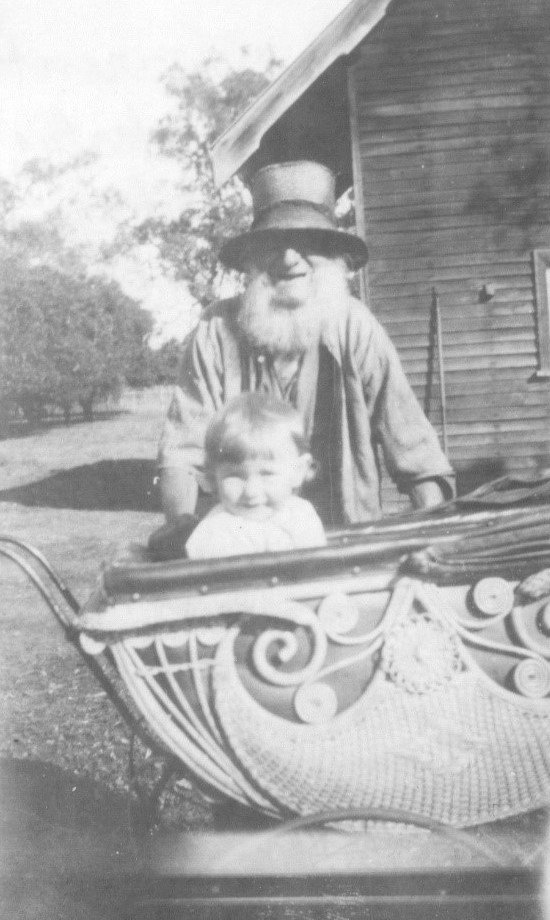 Samuel Farrant lived a long life in Western Australia, probably better than his life would have been in England. His name occurs on the WA Electoral Roll from 1903, when he was listed as a labourer at Harvey. From 1910–1917 he was listed as a kitchen-man at Wokalup Creek, in the Wellington District.

His death occurred in the Wellington District in 1921, at the ripe old age of 91. He was buried at the Old Harvey Cemetery. The cemetery record on this website shows the wrong age: FARRANT, Samuel, 96y, Anglican, Sec 10 No. 17, Date of burial – 12 Jan 1921, Minister -Rev. Owens, Undertaker – PJ Ward.

[12] Note: Westover Sheep & Cattle Station was first mentioned in Clifton’s journals on 12 May 1849. On 11 August 1851 Clifton met up with surveyor Augustus Gregory on the property and ‘set out the lines with him.’ Clifton dug a well and found sweet water that day. In 1854 Clifton inserted the following advertisement in the Inquirer: NOTICE./ ANY Cattle trespassing after this date on the Brunswick or Rosamel farms,/ or on Westover, and my run on the west side of Lake Preston, and other lands in/ my possession, will be dealt with according to law./ M. WALLER CLIFTON./ Australind, June 24, 1854. (Inquirer, 5 July 1854)