Patrick Clancey (or Clancy), aged 29, came to Western Australia on the Stag, arriving on 23 May 1855. He was a farm labourer turned soldier, serving at Gibraltar, when in 1853 he was convicted of striking his superior officer and was sentenced to 14 years’ transportation. He served two months in prison there before being taken back to England and placed in Millbank Prison, where he was held for two months before being transferred to Pentonville. He was incarcerated there for 14 months, prior to spending four months in Portsmouth Prison, awaiting passage to Western Australia.[1] 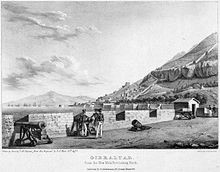 Clancey was described as single, 5’6¼”, with brown hair, hazel eyes, a long face, sallow complexion, middling stout, with a ‘D’ on his left side.[3] Surgeon Superintendent Caldwell onboard the Stag recorded in his Character Book as follows:

On 9 January 1856 he was sent to North Fremantle.[5] He was received back at Fremantle Prison from the Mt Eliza Depot on 16 July 1857,[6] and released on Ticket of Leave on 17 July. In 1859 he was employed by Gervase Clifton, son of Marshall Waller Clifton of Australind.

MW Clifton kept a strict eye on staff relations and was very protective of his female domestic workers. On 27 December 1858 an altercation erupted when Patrick Clancey came to his house and assaulted a servant named ‘Anna’.[7] Anastasia Kennedy, an Irish servant girl, had in previous weeks formed an attachment with the Australind school teacher, a Ticket of Leave man named Henry Gillman,[8] who had been told the previous day by MW Clifton that he should regularise their relationship by marriage. Clifton briefly recorded their meeting as follows: Row with Gillman but settled on condition of instant marriage.[9]

Patrick Clancey appears to have been overcome with jealous rage at this outcome, hence the attack on Anna. Clifton recorded the incident in his journal as follows:

After Dinner Patrick Clancey, Gervase’s man having struck Anna, I went to speak to him when he committed a brutal assault on me, knocking out two teeth & would have killed me by a Blow from a poker but for Crowd having seized him.[10]

Clifton, not a young man, swiftly took measures to ensure the safety of his household, recording the following actions on the day of the attacks:

Swore in George, Offer & Guthrie as Special Constables, (…?) my Cart & lodged him in Gaol. Very ill from the blows.[11]

Clancey was charged in Bunbury with assault and taken into custody. On 16 March the following year Clifton recorded in his journal: Patrk. Clancy came by in Charge of the Police Man and Eliot & Jeffy came up to see me also Alfred Bunbury but too late. Summoned to attend Court tomorrow.[12] This may indicate an attempt was made to persuade Clifton to withdraw his complaint against Clancey.]

A little rain in the morning but a fine Autumnal Day. Rode to Bunbury with Crowde to Clancey’s Case which was heard by the full Bench & Patrick Clancey was sentenced to Penal Servitude for the Term of his Natural Life. He then violently assaulted the Police & with difficulty was secured. Dined with Eliot. Pearce & I returned together.[14]

On 26 March Clancey was received back at Fremantle Prison as a re-convicted prisoner.[15]

His records show that his sentence was later commuted to three years’ hard labour, following two petitions submitted by him and a period of good behaviour.[16] Once released, he spent the period between 1864 and 1870 in the Toodyay district, where he served a number of masters for short periods, probably indicating a poor attitude to work:

11 November – Petitioned – May be brought forward if conduct continues to be good for six months from this date.

From that time it is not known where Patrick Clancey lived and worked. In 1885 he died in the Fremantle Lunatic Asylum. How long he was resident there is not known. An autopsy was performed to find cause of death:

His official death record puts his age as 62, with no other details.[21]

[3] Convicts to Western Australia, at http://members.iinet.net.au/~perthdps/convicts