Peter Jurgenson was born in Estonia and made Australia his home as a young man. He served during World War 1 in the AIF and later took up farming at Wokalup. He moved to Busselton and was a long term resident until he died there aged 87 in 1974. These articles give an insight into his life story and his poultry raising practises.

POULTRY TO THE RESCUE.

‘The Lord helps those who help themselves,’ so runs the ancient adage, an excellent exemplification of which is provided by Mr. Peter Jurgensen [Jurgenson], of Wokalup, successful poultry breeder and dairy farmer, and erstwhile carpenter and builder.

Until the advent of depression, he was content to follow his trade, from which his savings yielded enough, during the previous ten years, to become possessed of 60 acres of land close to the Wokalup railway station. Mr. Jurgensen was born in Estonia, a State within the old Imperial Russian regime, only to be claimed and governed by Germany when the Czar was deposed and later secured national independence when Germany went under. At a very young age he went to sea and served before the mast for several years, largely on sailing ships, on which he took up the trade of carpentry. Tired of traversing the seven seas, he selected Australia as his adopted home some two years before the Great War, but deserted his carpenter’s bench for the rifle and bayonet when the call came and joined the 32nd Battalion at Adelaide. Badly wounded and gassed at Flerbaix he was invalided out of the A.I.F., but found employment at his trade in the South-West of this State as indicated above. He readily admits that he knew next to nothing about poultry and cows when the bad times came, but he is justly proud of the success which has latterly attended his effort. As might be expected, the layout and construction of his poultry pens and yards are exceptionally good, but it is in the breeding and feeding methods that he has demonstrated a remarkable adaptability, with every evidence of the famed initiative of the Digger.

Busy man though he is, Mr. Jurgensen generously offered his services to Mr. Harry Mann, chairman of the Bundidup Boys’ Farm Scheme, in the laying-out of pens and yards, and the general supervision of the poultry enterprise at the farm which has recently been decided upon. His offer was gratefully accepted, and following an inspection last week, the new venture is rapidly taking shape. It is intended to stock between 800 and 1000 birds, thereby providing further variety of instruction for the boys and, in addition, making another move towards a self-supporting institution. Much of the feed necessary is already grown on this fine property. In the widest sense of the term, Bundidup may now be regarded as a mixed farm, where the instruction imparted to the students in both sound and practical. (Mirror, 29 June 1935, p. 8.)

Fanciers and breeders of poultry will be well rewarded by a visit to Petersfield, the modern poultry farm of Mr. Peter Jurgensen of Wokalup. Hidden just off the main road and ideally situated, the farm with its neat and orderly terraces of pens and yards presents a picture of contented and well cared for bird life. The birds are all black and with their bright red combs are a pleasing sight. Mr. Jurgensen’s slogan – don’t feed feathers, is clearly emphasised by the beautiful appearance and condition of the farm’s two thousand inhabitants. A special feature of the place is the chicken house, divided into twelve pens, each having its own brooder and exercise yard sown with oats. The layout of the farm makes for every saving of time and the minimum of effort at feeding periods and a system of draining is used both for flood water in the winter and irrigation in the dry season. Beyond the pens is a large area of cultivated land where green feed and grass are grown for the poultry. Mr. Jurgensen is very proud of and enthusiastic about his farm and welcomes visitors. In his opinion good money is to be made from poultry and he suggests them as a profitable sideline of dairy farmers. (Preston Mail and District Advocate, 25 August 1934, p. 3.) 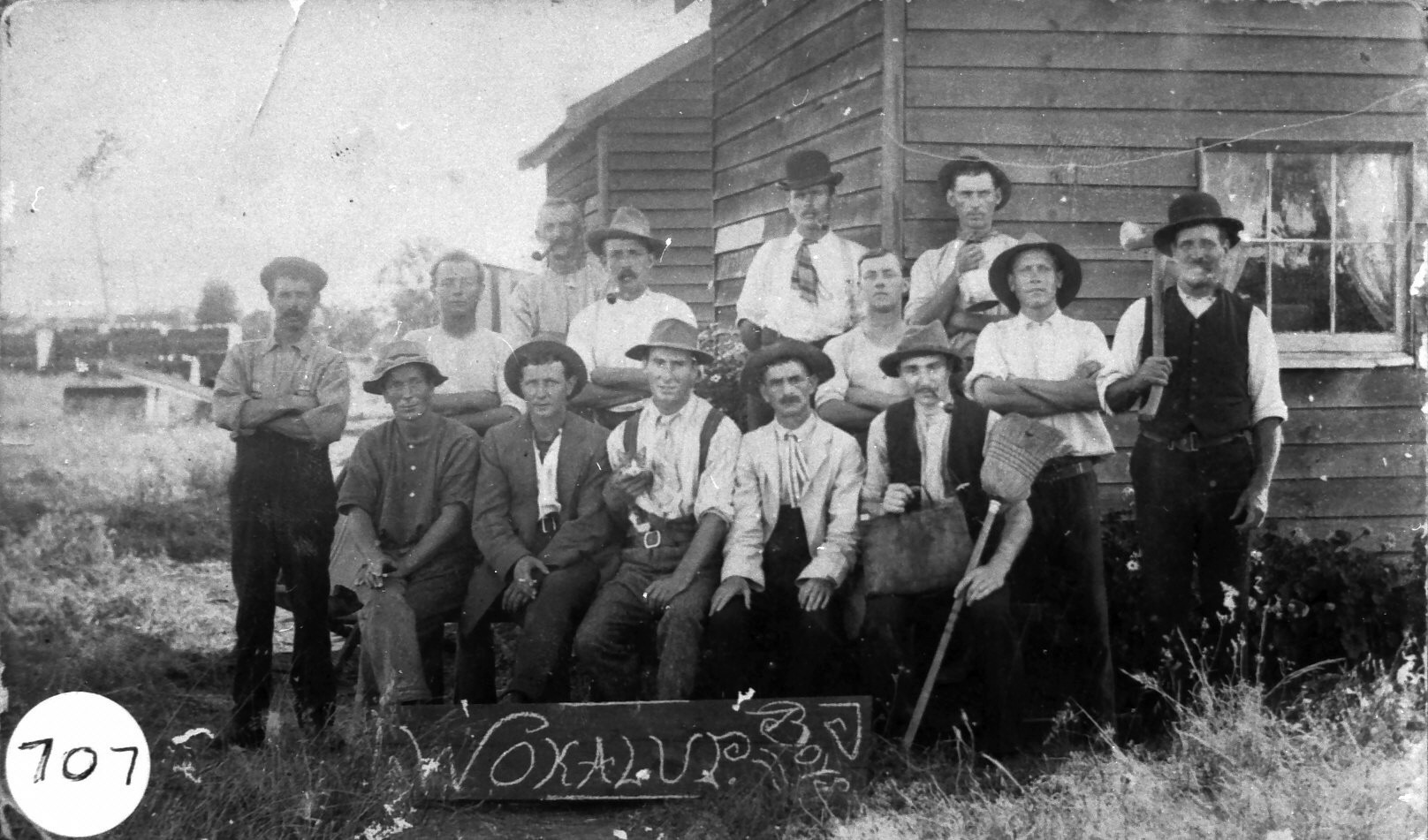