The first correspondence to the Minister for the Education requesting that a school be built at Roelands was forwarded on 18 June 1895 by the following Roelands residents:

It is interesting to note that at this period of time, a Mrs CA MacKinnin, opened a private school in the Catholic Chapel, which was situated next to the Hall, where the old tennis courts now stand. The cost per child was 1/- per week and Mrs MacKinnon had to pay 2/6 per week rent. A request was made to the Education Department to help subsidise her, but this was not granted.

Many letters passed back and forth between Mr RH Rose and the Education Department re the opening of a school and after his death on 1 February 1900, his widow Mrs ME Rose continued with the correspondence all the while trying to locate a suitable building for the school.

On 6 January 1903, approval was finally given to open a school in the building that was used for worship, owned by Mrs Rose and on 3 February 1903 Mrs Agnes McGuckin was appointed as the first teacher and moved in with her 27 pupils. This building was very inadequate and pressure was brought to build a proper school on the site. Finally a contract was drawn up on 4 October 1904 with AT Brine, to build a school and teacher’s quarters at a cost of £300, to be completed by 4 January 1905. The school was to consist of one room, with the teacher’s quarters sub-divided by a half-partition, forming a sitting room 8 feet x 12 feet and bedroom 8 feet x 12 feet. Mrs Pine with her 33 pupils moved into the new school on 28 November 1904, which was well ahead of schedule.

During the period 1912–1917 many lady teachers were appointed, but as conditions were so harsh in the quarters, especially for the married ones with families, they soon applied for transfers, as their requests for improvements were not carried out. Finally, on 18 July 1917 the order was given to transfer the Wokalup school to Roelands, to be converted into teacher’s quarters, to be completed by 25 September 1919. The contractor was Mr HW Doubikin and the cost was £146/10/6. At the same time, the half-partition was to be removed from the old teacher’s quarters to enlarge the area of the schoolroom.

Letters of complaint were still being written to the Education Department as the new quarters had not been completed, and permission was finally granted on 1 May 1919 to have a back door put onto the premises and a pantry and washhouse built.

Apparently these quarters also proved very inadequate, as plans were then drawn up on 2 July 1920 for a Standard A quarters in weatherboard, and the present teacher’s house was erected in 1922 in time for the first family man, Mr Walter Crossing to commence teaching in 1923.

On 8 March 1935 a contract was let for the addition of a new classroom to the Roelands school at the cost of £395.

Out of 42 children at the Roelands State School, 28 took part in a per­formance of “The Sylvan Queen”, last Thursday and Friday evening in the Brunswick Hall. The performance was in every way a creditable one, in which some of the children showed marked ability. There was a noticeable absence of restraint and the entirely natural manner of even the smallest of the children was well worth remarking. 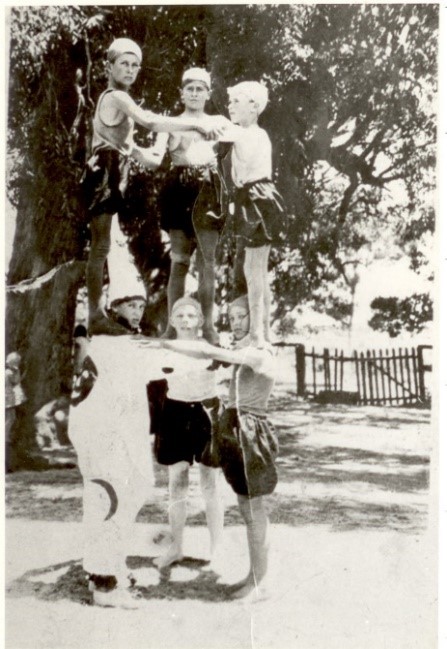 Briefly, the story was that Kate (Georgina Clarke) had been nurse girl to Selma (T. Gibbs), a well‑born child, who was stolen by Kate’s brother (F. Styants), the manager of an acrobatic troupe. She was trained for the troupe, which became famous with her as its leading singer. Kate was blamed for the abduction, and for a theft also perpetrated by her brother, and became an outcast. Selma is unhappy in the troupe, and is bought out by Kate. She is still friendless, however, and asks for shelter from a hermit. In the meantime Kate and her brother have met, and she charges him with the abduction, forcing him to admit that the hermit is really Selma’s father. And so all ends happily in the triumph of virtue and the discomfiture of villainy.

The acting was really good. There was no apparent nervousness among the children, who played as naturally as if they were in the school ground. One pleasant feature was that even unimportant lines were spoken distinctly and without the chant that is generally associated with children’s plays. The singing was excellent, Selma and the Sylvan Queen (Margery Poller), whose gnomes and fairies played an important part in the story, performing very well. One item, entitled “Sweet Dreams,” was really splendidly handled. P. Grapes, one of the gnomes sang several pleasing songs, and S. Dye (clown), and F. Styants were also appreciated. One of the features of the entertain­ment was the sustained and clever fooling of R. Clarke as a dog. He was responsible for a very good performance, which was well appreciated. In the course of the play, a number of acrobatic feats were successfully attempted by the boy, who displayed great nimbleness and worked in concert splendidly. Two baby clowns went through their work like veterans, much to the delight of the onlookers.

The show was well produced and displayed, the dressing being tasteful and suitable. The music was provided by Miss Pashent and Mr. O’Neill, and the whole performance was a great testimonial to the work of the schoolmaster (Mr. J. Woods).

[The source of the above article is unknown but a much smaller article was published in the West Australian, 7 December 1931, p. 16. It reported that “The operetta ‘The Sylvan Queen’ was presented by the children of the Roelands State School on December 3 and 4, the entertainment being held at the Brunswick Hall.”]

Taken in a classroom at Roelands School 1938 or 39 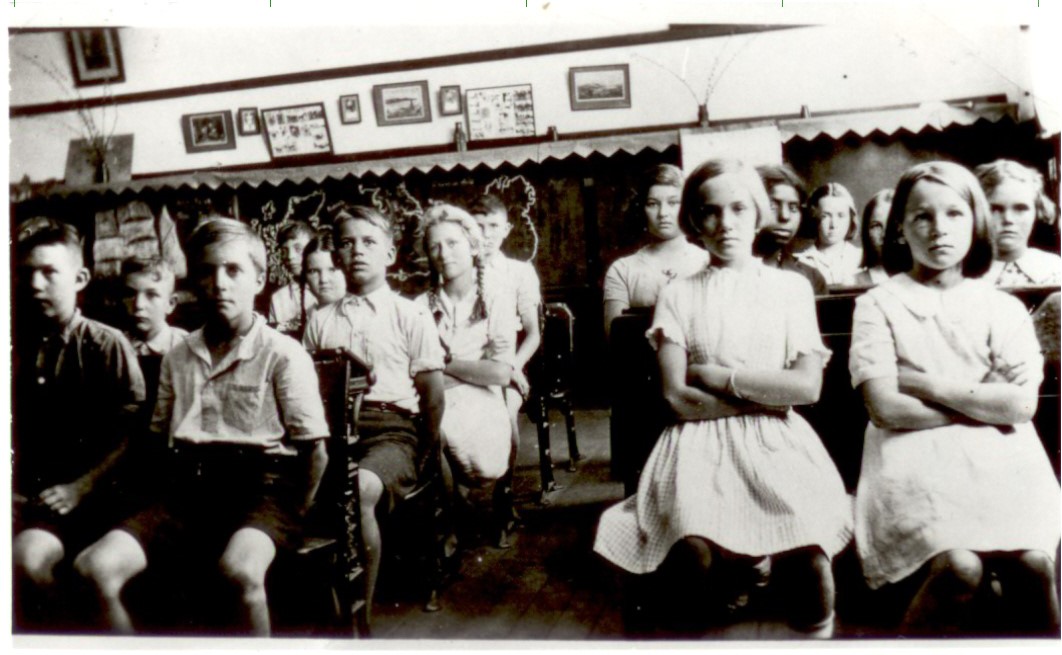 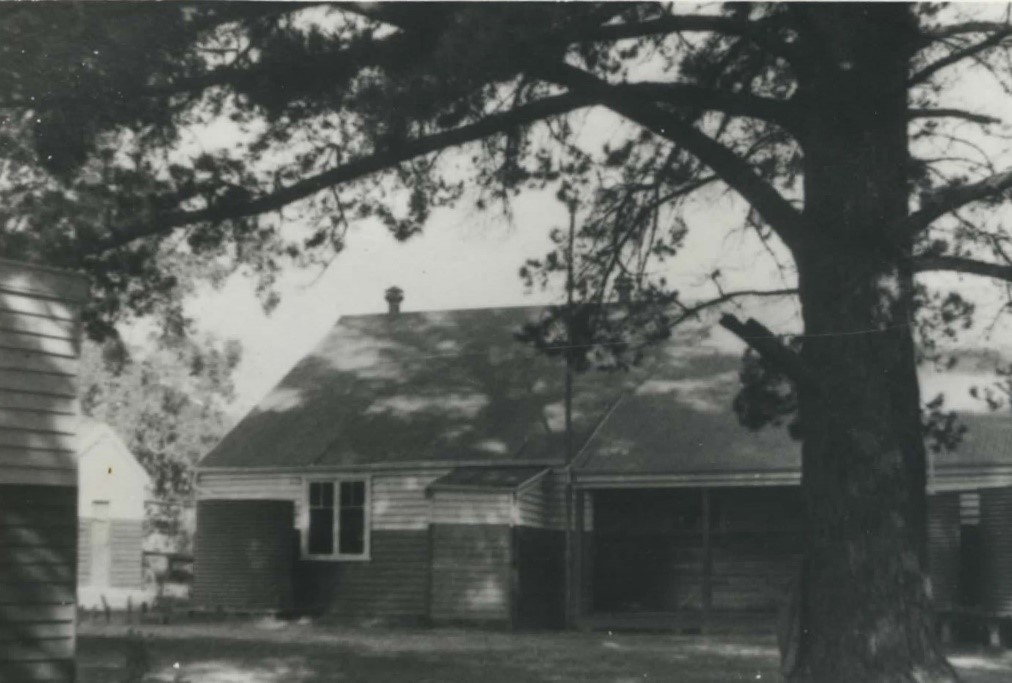 Prepared by the ‘Back to Roelands’ committee, 1978.

20th September: The school children greeted the Governor General at the roadside as he passed through on his way to Collie. The Vice Regal Party halted and spoke to the children. He granted a holiday on Friday 23rd in line with other schools in the Harvey Road Board area.

20th July: Mr V Poller took the Headmaster and children of the senior room to witness the big explosion at the quarry. Nine tins of explosives placed in five places brought down about 80,000 to 100,000 tons of rock. The tunnelling has been proceeding for several months and this will provide enough rock for about, a year. The rock is being used at the Bunbury Breakwater, now under construction.

17th August: The Mission children were absent today as their horse was troublesome and finally tipped the cart down a steep bank, fortunately nobody was badly hurt.

18th August: The Mission children came to school by car, they will do so until a new horse is purchased.

26th February: Miss Gibbney transferred to Burekup and her place was taken by Miss Anne Rooney.

3rd May: Jubilee Day Celebration. The parents visited the school in the afternoon and the children sang national songs. Mr Ray Clarke presented medals and a flag. The flag was hoisted by Roma Wallam, Roma being the oldest child in school. Various races followed, then afternoon tea was served to everyone. A five gallon keg of Ginger Beer was provided for the children.

September: The school children are collecting cotton rags for the Industrial Rag Dealers, the bags are to be filled at school and the children will be paid six pence per pound.

6th October: Saturday – The children took part in the Interschool Sports at Harvey. Roelands came third in the Small Schools section. Marda Grapes (10 years) won the right to compete in the Bunbury Sports on 27th October.

17th December: The P. & C. Association conducted a picnic for the school children and those under school age at Pelican Point, it was very successful

Fewer than expected owing to an increased number going to the Brunswick Convent.

29th May: The school children went to the Hall for a party after listening to the special Coronation Broadcast. Films about London and the Queen were then shown. Coronation Folders were distributed and badges bought by the Progress Association were given to all the children.

21st October: The school children attended the laying of the Foundation Stone of the new cement brick Church of England Church.

2nd April: Eleven children travelled to Busselton for the Royal. Visit. The remainder did not attend owing to the fear of Polio.

11th April: Fortnightly Penny Concerts are to be held to raise funds for school amenities. 16/‑ raised from two already.

2nd July: Children went to Brunswick for a performance by a Magician. Entry 1/‑, half of which was handed back to school funds

13th August: 1,000 Onions planted in the school ground with object of raising funds.

4th March: Mr Harry Andrews ploughed the front of the school for a Flower Garden. Ten varieties of seeds have been planted.

27th May: Fortnightly showing of films in the Hall to raise funds for the new Projector, have had good attendances, £2 an evening being raised, £145 to be returned to Guarantors.

18th December: Christmas Party for all the children in the district organised by the Progress Association.

5th May: Whole school attended Youth Parade in Bunbury ‑ Visit, by the Governor General. Holiday granted for Friday 9th May.

12th December: Children taken by bus to Glenleigh Beach via Busselton for a picnic in lieu of Christmas Tree.

17th December: Nativity Play in the Hall, put on by the school children. Presentation to Mrs Grapes, Assistant Teacher for some years. Mr Rob to go on Long Service Leave.

The school officially closed on Sunday 6 December 1998 with a function attended by 400 people.

At the beginning of 1999, forty children from Roelands transferred to River Valley Primary School, a new school built at Burekup. The old Burekup School had been condemned in 1997 which had forced children to travel to Picton Primary School – an unsatisfactory arrangement. The Education Department decided to build a new school and accommodate children from both towns. 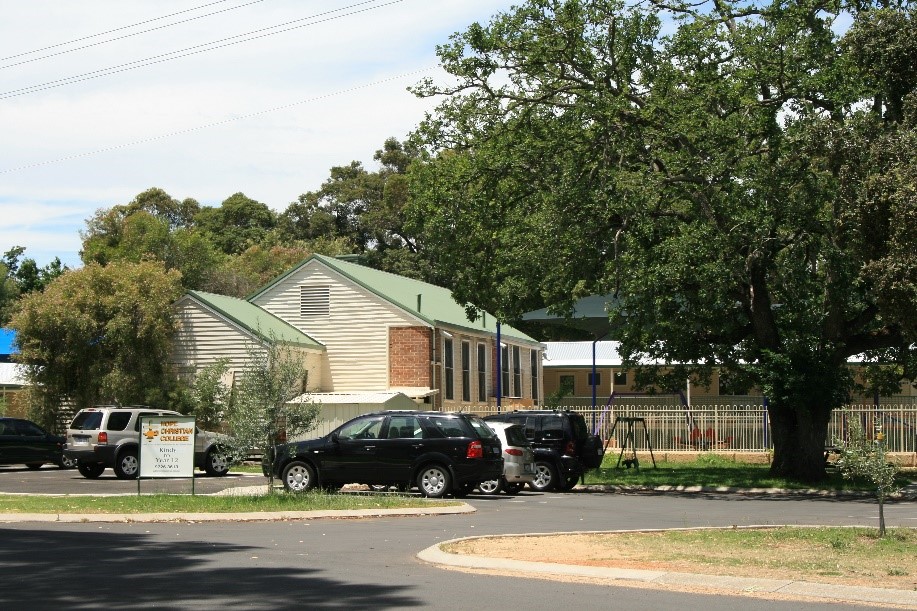