Sport played a very important role in Yarloop. The Yarloop Sports Demonstration conducted in January 1898 paints a picture of the organisation that went into such an event and the resultant success, whether one was a competitor or spectator. As patrons, but not residents of Yarloop, CG and EF Millar and Henry Teesdale Smith promoted the event and made donations. Francis Brady (the manager of C & E Millars at Yarloop), with the assistance of Reg. Driver (then a clerk but later a manager) and Patrick Boyne (a wheelwright) took on the executive positions. Millars’ employees and town businessmen made up the rest of the committee.

The photos show Sports Days in the 1930s.

Nominations for Sheffield, Chopping Contests, Hurdles, and 440 yds open handicap close on December 18th. Handicaps to be published on December 23rd in West Australian, Morning Herald, Bunbury Herald and Southern Times, and all nomination money must accompany each nomination addressed to the Secretary, Yarloop.

All acceptances to be in the hands of the Secretary not later than 28th Dec.

The W.A. Athletic rules will be strictly adhered to.

Wildflowers abound in the vicinity.

The Bunbury Brass Band has been specially engaged for the day.

To conclude with a grand ball in the evening in the magnificent new hall recently erected.

Bunbury Herald, Thursday 23 December 1897. Yarloop Sports. — In another column will be seen the handicaps for the Yarloop athletic sports to be held on January 3rd, 1898. There are a large number of entries for the various events. A considerable amount of money has been subscribed for these sports, which was necessary as a new track had to be prepared. The Bunbury band has been engaged, and a stand has been erected for their accommodation. A dressing room has also been put up for the runners. The committee mean to make the Yarloop sports the most attractive in the district, and as there are about 600 men in the vicinity the attendance, with visitors, is expected to reach over 1000.

Southern Times, Thursday 23 December 1897. YARLOOP SPORTS DEMONSTRATION. The following nominations have been received by the Hon Secretary (Mr P. J. Boyne) in connection with the sports to be held at Yarloop, on Monday, January 3rd. The keen interest evinced in the sports is most gratifying to the Committee:—

Bunbury Herald, Thursday 30 December 1897. Yarloop Sports. — The athletic sports to be held at Yarloop on Monday next promises to be a great success. A grand ball will be held in the evening in the new public hall. The Bunbury volunteer band will be in attendance during the day. 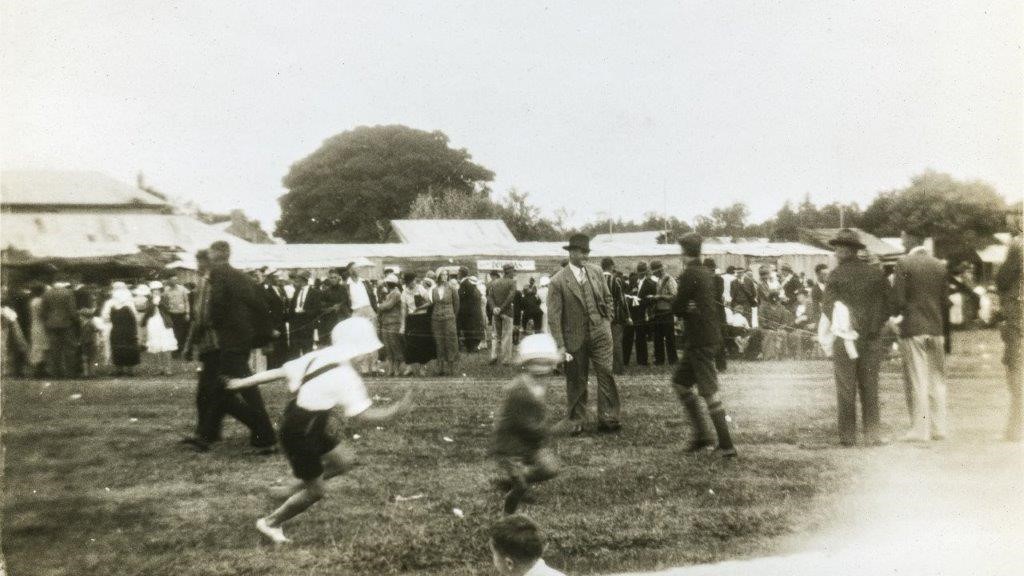 Southern Times, Tuesday 4 January 1898. YARLOOP SPORTS. One of the most successful country sports meetings which have been held in these districts took place at Yarloop yesterday. The meeting was organised by the employees of Messrs C and E Millar’s Mills and the arrangements made reflected every credit upon the management. A large number of spectators visited Yarloop from Bunbury and the Perth train also contributed a goodly number not only of the general public but also of those who had been lured to that locality by the excellent programme which had been arranged. The grounds were most suitable and were located close to the railway line and within easy distance of the Yarloop Mill and adjacent settlement. The day was a charming one, the weather being simply perfect. Great preparations had been made by the committee of management and the thoughtfulness displayed in this direction went a long way to make the day pass off with success. Two sawdust tracks were laid for the more important events consisting of a quarter mile circular track for the longer races and 120 yards’ straight track for the Sheffield and other similar events.

The sports have attracted considerable attention from outside and there were 83 acceptances for the various events to say nothing of the numerous entries which were forthcoming for the races for which post entries were received. A slight delay occurred in connection with the commencement of the meeting as the committee were anxious to await the arrival of the Perth train which contained a number of competitors before negotiating the principal events, but the intervening time was pleasantly put in with minor races and with the arrival of the Perth contingent the programme was systematically carried out, the desire of the committee to meet the wishes of everyone being evidenced by the addition of several events which were not enumerated in the advertised programme. The different events were very keenly contested and the finish were generally remarkably close. The crowd were, on the whole, distinctly orderly, unusually so as compared with sports in other places, and this was more especially remarkable when the fact is taken into consideration that the employees of the mill are, as a rule, debarred from obtaining liquor and on this occasion there were two Publicans’ booths on the ground.

Too much credit cannot be given to the management for their efforts to make the occasion a pleasant one. The hon Secretary, Mr P J Boyne, was most painstaking and courteous, and his efforts were ably seconded by Mr F W [R] Driver, the assistant hon. secretary. Mr Walker officiated as judge, and the committee, (Messrs Doherty, Allen, Bishop, Hennessy, Walker, Acreman, Murphy, Rutherford, Scott, Campbell, Rogers, Tidy and Gibson are to be complimented upon the success which attended the proceedings

The Bunbury Volunteer Band was in attendance and just before they embarked on the train on their return journey, Mr Boyne thanked them for their attendance and expressed the hope that their trip to Yarloop would not be the last. This sentiment was heartily reciprocated by the members of the band and suitably expressed, at the conclusion of which the members gave three hearty cheers for Mr Boyne and the committee, which was replied to by those present returning the compliment. 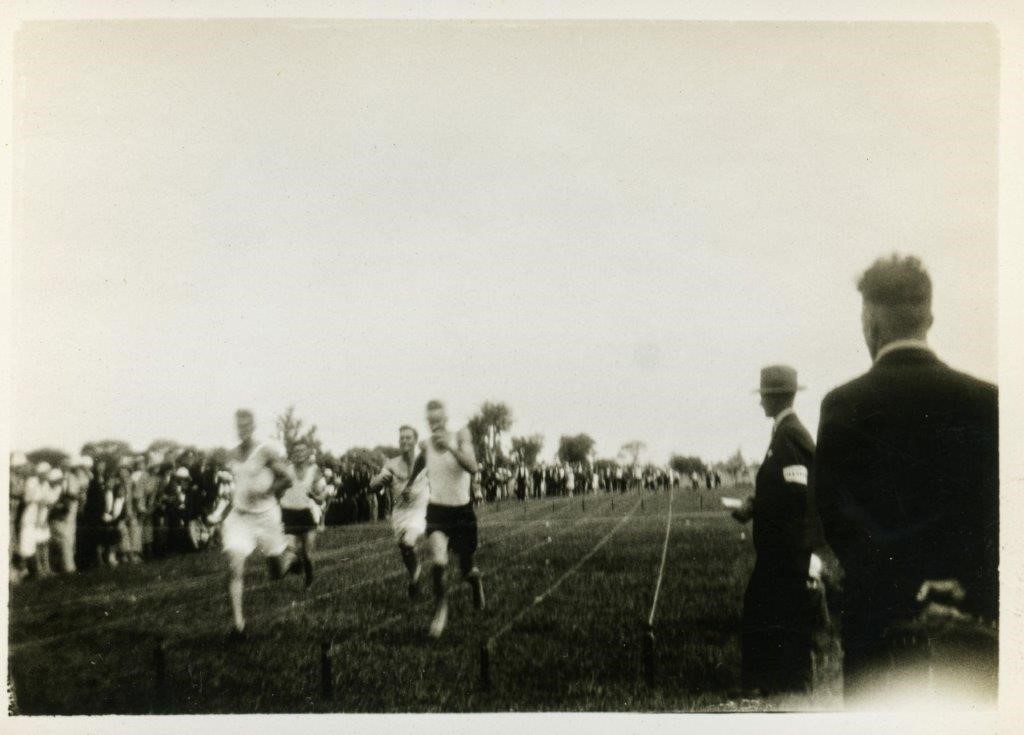 The following were the results:—

Old Buffers’ Race (for employees of the C and E Millar’s Company). Draper 1, Campbell 2, House 3. J Kelly also competed in this race and came in first leading by two yards. A protest was, however, afterwards lodged and upheld on the grounds that Kelly was not an employee of the company.

Handicap Chopping Contest (underhand). Geo Mudford 1, J Fraser 2, J Eastcott 3. This event occasioned the strongest excitement on the ground which was accentuated by the Fraser Bros participating in the event. The partisans of the different axemen loudly encouraged their efforts and as the logs became nearly severed the interest was raised to fever heat. The issue of the event was rather a surprise as the tendency had been to support the Frasers. The result was close and there can be no doubt that the exhibition fully demonstrated the fact that these districts possess some remarkably fine axemen. Girth, 6ft 4in. Time, 6min 30sec.

Three-legged Race. Simmonds and Free 1, Anderson and Healey 2. A close and interesting finish.

Bunbury Herald, 6 January 1898. Ball at Yarloop.— The ball in connection with the Yarloop sports, held on January 3rd, was a brilliant success, about 100 couples being present. The hall was gaily decorated with flags and evergreens. The catering was of a first-class order, and the music, consisting of two violins, flageolet, and piano, was excellently rendered. Dancing was commenced at 8 o’clock and was vigorously kept up till daylight, and altogether a very enjoyable time was spent by all present. The ball was a fitting ending to one of the most successful and enjoyable sports held in the south-western districts. Great credit is due to the hon. secretary (Mr. P. J. Boyne) for his untiring efforts in bringing the affair to such a successful issue.

Bunbury Herald, Saturday 8 January 1898. Mr. P. J. Boyne. — Sportsmen will regret to learn that Mr. P. J. Boyne, the energetic secretary, who recently brought the Yarloop sports demonstration to such a successful issue, is ill in Bunbury of congestion of the liver.